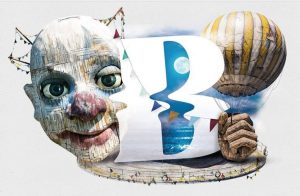 We will be happy to organise festival tickets for you
(not included in the package price).

A huge jester’s head juts out of Lake Constance. His calm face can morph from leering woman hater to screaming grimace. The ruffled collar he wears serves as a playground for a group of high spirited party goers. As if by magic, the jester can move his right hand, the bottom of a giant balloon gripped in his left. The Giuseppe Verdi opera is performed on a striking set created by Philipp Stölzl and Heike Vollmer, moving between spine-tingling spectacle and intimate chamber drama.

The duke reveals his cynical philosophy in the world-famous aria »La donna è mobile«: Woman are flighty and dishonest, yet men must have a taste of their love to find happiness. Court jester Rigoletto actively helps him in his conquests until his own daughter falls into the Duke’s clutches.

Now eager for revenge the help offered by a contract killer comes at just the right moment. However, a curse put upon Rigoletto becomes his downfall.

Verdi’s music creates a uniquely intense atmosphere throughout the piece. Gala scenes reminiscent of a circus, an audacious kidnapping and an eerie night-time tempest are contrasted with intimate scenes between father and daughter, and between Gilda and the Duke.

Director and stage designer Philipp Stölzl became well-known making music videos for Rammstein and shooting films such as North Face, The Physician, Winnetou and, most recently, I’ve Never Been to New York, playing in cinemas in October 2019. A celebrated opera director at the Salzburg Festival, the Theater an der Wien and the State Operas in Berlin, Dresden and Munich, he is now fulfilling a long-cherished dream by staging Rigoletto on the lake stage.